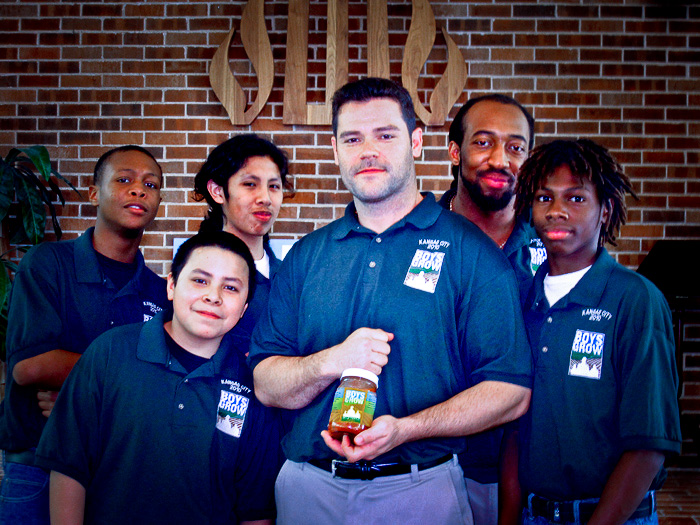 In 2008 John Gordon Jr. was working in Northern California in youth services. He worked with youth struggling with everthing from emotional problems to gang activity. He had one youth who was sent out to live on a small ranch with a foster family. A month later he popped in to say hi and was surprised at what he saw,” when i know him he was a sunken agitated teenager but now he came out and shook my hand, looked me in the eye and had a bounce in his step.” What was quickly evident was that this young man was now a part of something. He had to take care of his garden plot and feed his animals every morning. He felt needed, was learning new skills and it worked for him.

Gordon relocated back to Kansas City, Mo. in 2009 and launched the inaguagural class of BoysGrow in 2010. He had little experience in agriculture but had faith they all could learn it and do it together. BoysGrow was founded on the principles that our youth can and will rise to the occasion when given the opportunity. We will let them run a business. Let them run a farm. Give them structure but freedom and most importantly let them create something, be a part of something and take pride in their efforts. In the eyes of BoysGrow this is the ingredients for a successful youth program.